In addition to HLA-DQ2 and HLA-DQ8 haplotypes, an enzyme called tissue transglutaminase or tTG (also known as transglutaminase 2 or TG2) also influences how gliadin peptides are presented to CD4+ T cells.

You may have heard of tTG because of the tTG-IgA test, which is used by many doctors when testing for celiac disease.1  tTG is a multifunctional enzyme—a protein that can change one type of molecule to another.  In celiac disease, the enzyme tTG changes an amino acid called glutamine into another amino acid called glutamate through a chemical reaction called deamidation. 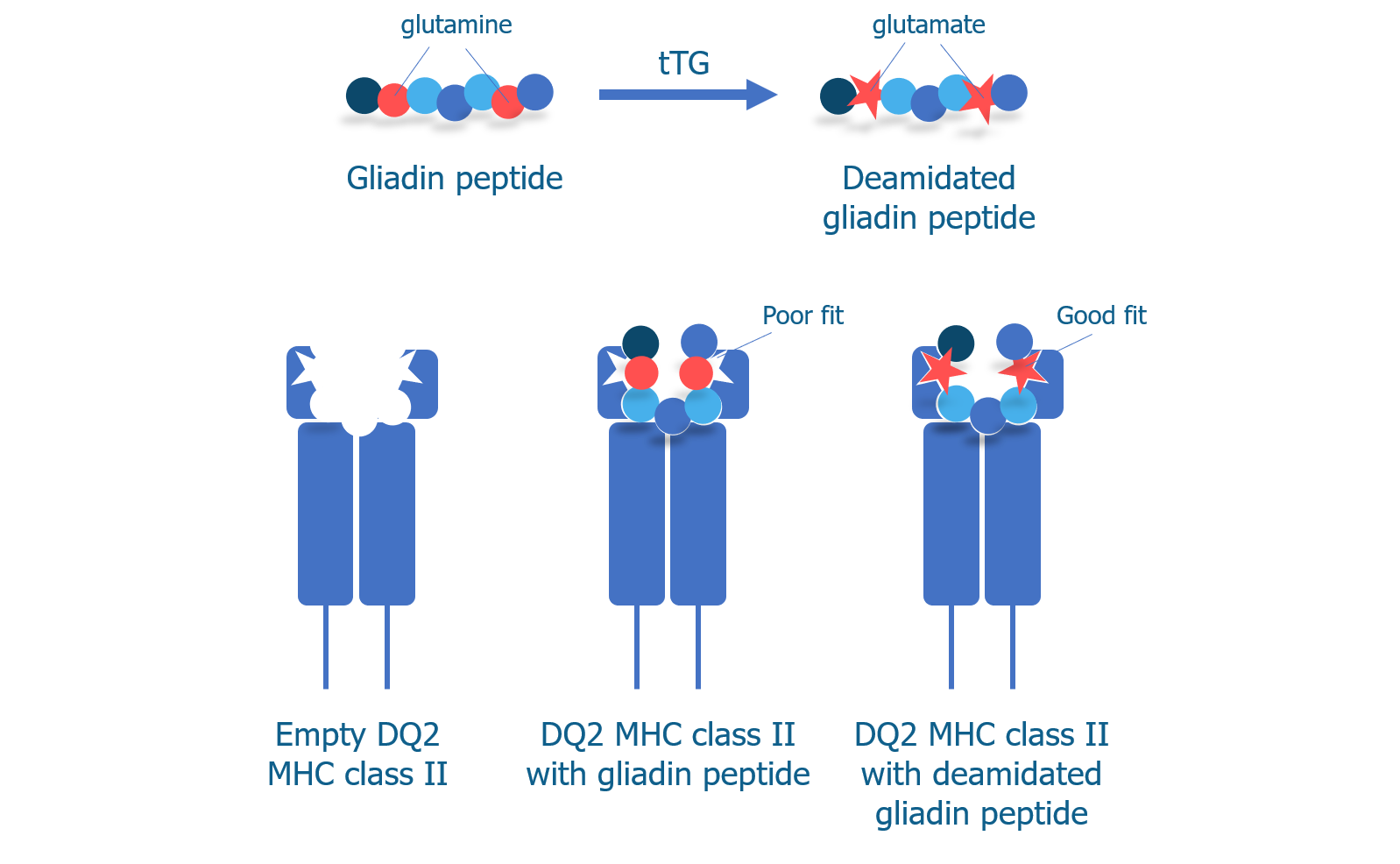 So far, we have learned how CD4+ T cells can mistakenly recognize gliadin peptides and initiate an immune response:

In addition to T cells, there is another type of immune cell that plays an important part in celiac disease. We will talk about B cells and antibodies in the next section.

NEXT TOPIC: How are B cells involved in celiac disease?

Deamidation - A chemical reaction that can convert a glutamine amino acid to a glutamate amino acid.