So, if gliadin is only partially digested when we eat it, and gliadin peptides are able to activate T cells, why doesn’t everyone who eats gluten develop celiac disease?

Of these 3 main MHC class II proteins, the HLA-DQ type is known to be involved in celiac disease.

All proteins have corresponding genes that provide the instructions to make them. The genes for MHC class II proteins are found on one of our chromosomes in a region known as the human leukocyte antigen (HLA) gene complex.

The HLA-DQA1 and HLA-DQB1 genes are not the same in every person. These genes are polymorphic, which means they are variable from person to person and produce proteins that are slightly different from one another. These variations (called haplotypes) affect the way MHC class II proteins interact with the antigens they display and can determine whether or not CD4+ T cells recognize that antigen and begin an immune response. Certain MHC haplotypes cause some antigens (the “key”) to fight more snuggly within the T cell receptor (the “lock”). The better the fit, the stronger the immune response.

Most people with celiac disease have either the DQ2 or DQ8 haplotype.1 These haplotypes of MHC class II are able to present gliadin peptides to CD4+ T cells in a way that initiates an immune response.2

Why doesn’t everyone with HLA-DQ2 or HLA-DQ8 develop celiac disease?

Approximately 30% of the population (3 of every 10 people) has the DQ2 haplotype, yet only about 1% (1 of every 100) will develop celiac disease.1-3 Genetic testing for HLA-DQ2 or HLA-DQ8 can tell us who is predisposed (at risk) for developing celiac disease, but it currently can’t tell us who will develop the disease, or when it might be triggered. 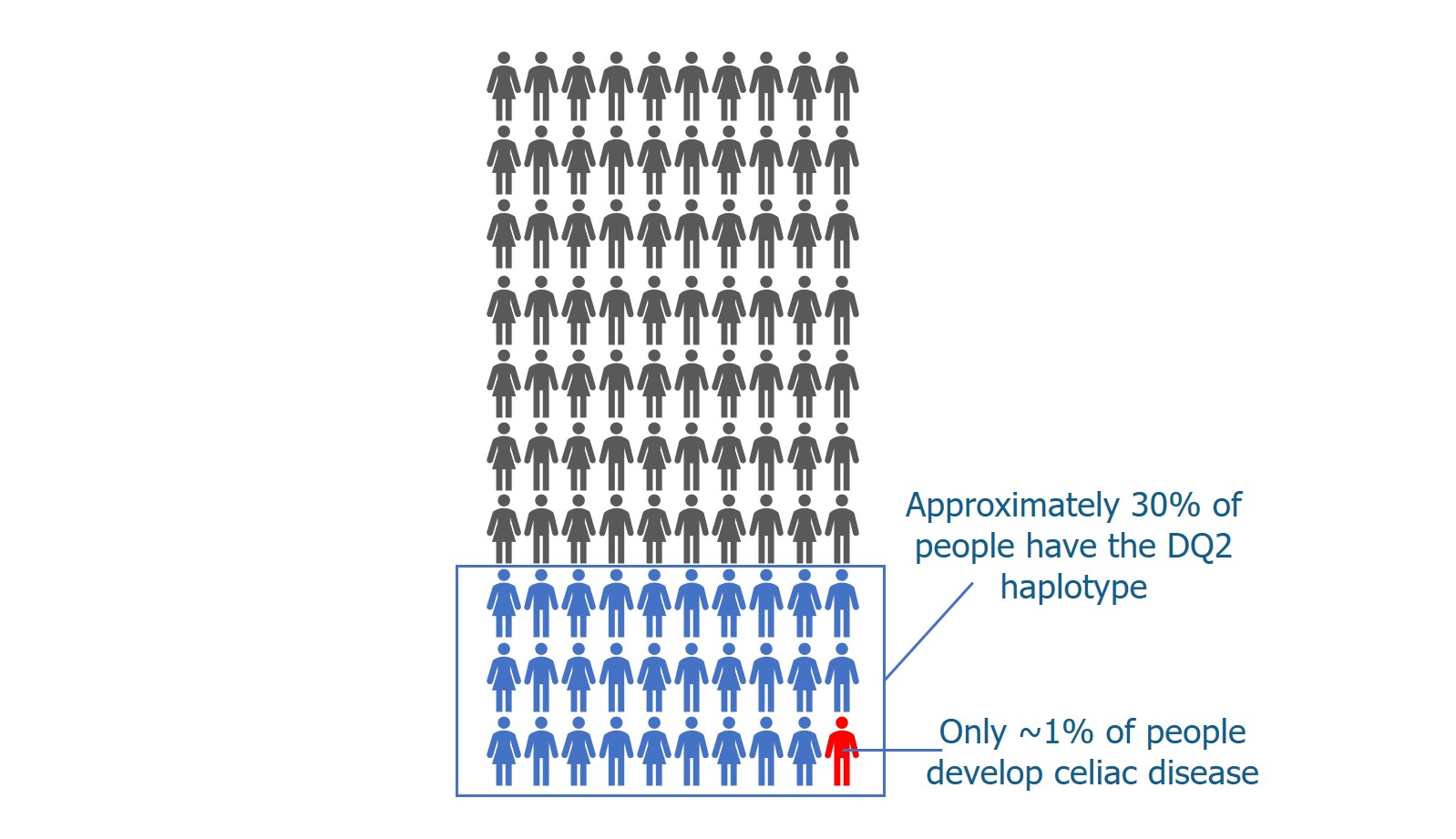 Researchers are trying to identify other factors that are involved in triggering celiac disease. They are studying whether things like other genes, our environment, bacteria that normally live in our gut (our microbiome), or previous infections may play a role.

NEXT TOPIC: What role does tissue transglutaminase play in celiac disease?

HLA-DQ - The HLA haplotype that is associated with celiac disease.

Polymorphic - Variable from person to person.