A cereal grain (wheat, barley, rye, oats, corn) is essentially a seed that can germinate and grow into a plant. Each grain has distinct parts: the bran is the outer protective layer, the germ is the plant embryo, and the endosperm contains starch and proteins that provide the nutrients that the germ needs to grow. 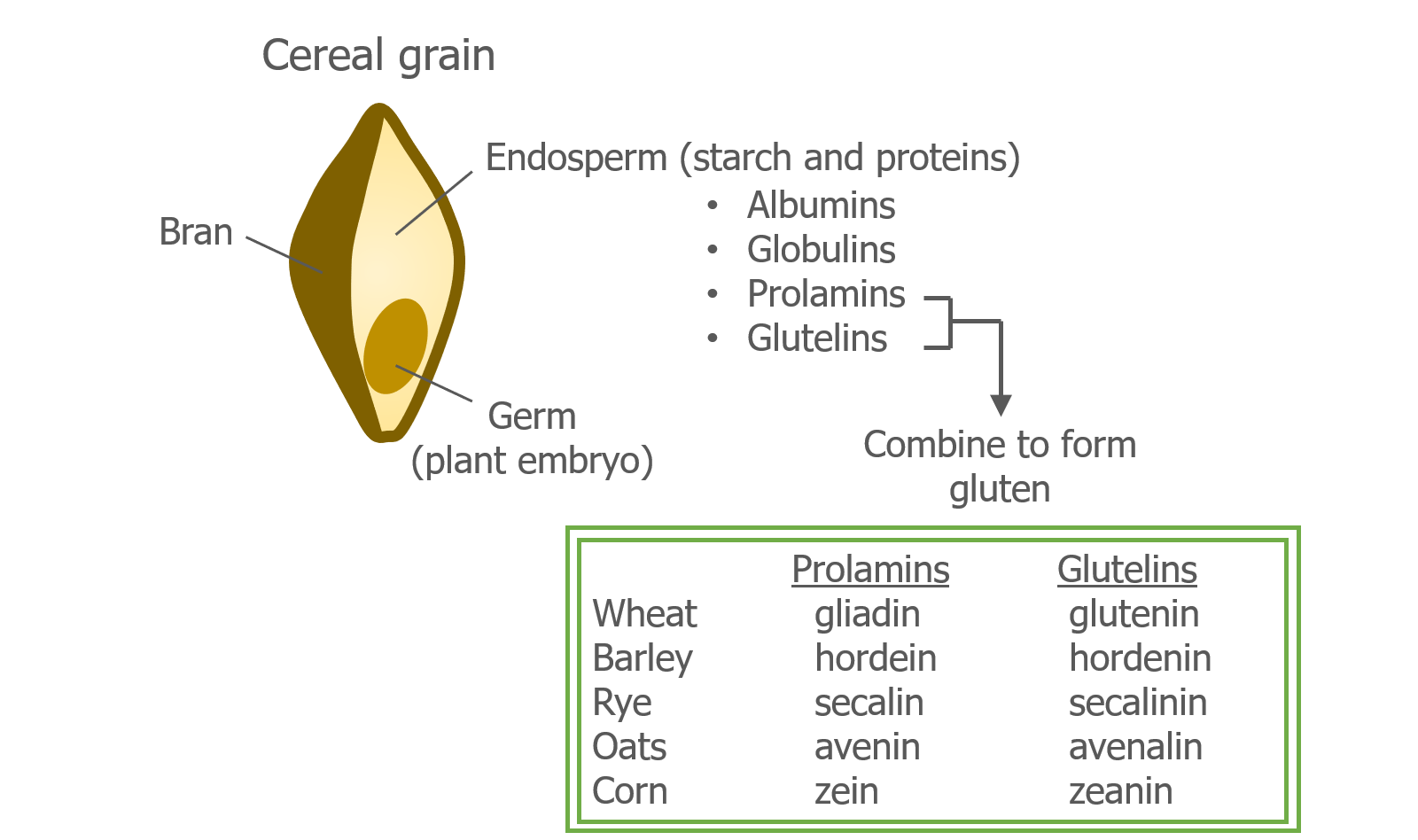 Although prolamins and glutelins are also found in oats and corn, they are different from those in wheat, barley, and rye and are safe for people with celiac disease. Oats, however, often come into contact with wheat because they are grown in the same fields or harvested with shared equipment. For this reason, it is important to check that the oats you eat are gluten free, which means they were grown and harvested according to a purity protocol.

Gluten is formed when water is mixed with flour. Adding water to dry wheat flour causes gliadin and glutenin to become flexible and begin to stick to each other. When this happens, they form gluten; a very stretchy and elastic substance. The stretchiness and elasticity of gluten, and its ability to trap small pockets of air, make it is useful for baking cakes, breads, and pizza dough.

The link between celiac disease and wheat was discovered by Willem Dicke, a Dutch pediatrician, and was first reported in the 1940’s and 1950’s.1,2 Dr. Dicke noted that the symptoms of celiac disease improved when wheat flour was removed from the diet and got worse when it was reintroduced.

Dr. Dicke and his team of researchers later found that it was wheat protein (gluten), and not wheat starch, that was responsible for the symptoms of celiac disease.2 When they tested different types of wheat proteins individually, they found that gliadin played a main role in triggering the symptoms.3

NEXT TOPIC: The immune system in celiac disease

Gliadin  - One of the wheat proteins that forms gluten. Responsible for triggering an immune response in patients with celiac disease.

Glutenin - One of the wheat proteins that forms gluten.