We have talked about the different types of immune cells, how they mistakenly recognize gluten, and how they make antibodies to tissue transglutaminase (tTG). But these things don’t happen in isolation—several things must happen at the same time for damage to the small intestine to occur.

First, gluten must be eaten and digested in the stomach and small intestine. Since gliadin is hard to digest, small peptides remain in the intestine. These peptides then cross the epithelium (cell layer) into the mucosa. Researchers are still trying to understand how this happens. Certain proteins, such as zonulin, may make the cell layer more permeable, so peptides can pass through to the underlying mucosal layer.1

Once the CD4+ T cells are activated, they produce Th1 helper T cells, which make cytokines that recruit and activate other innate immune cells and CD8+ intraepithelial lymphocytes (IELs). Th17 cells, which play a role in many autoimmune diseases, are also involved in celiac disease. Activated Th2 cells may help to activate B cells that recognize tTG, resulting in the production of antibodies against tTG. 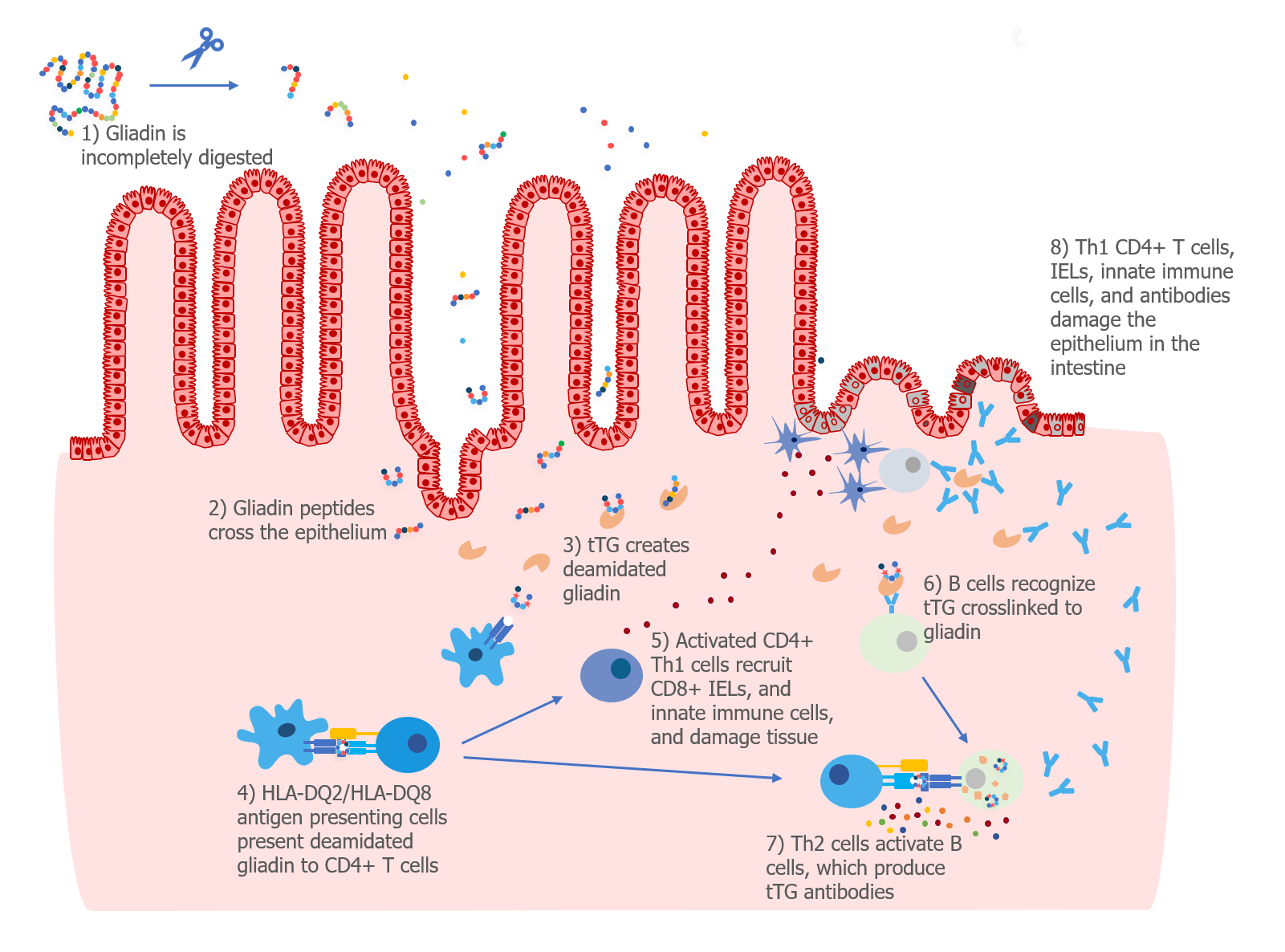 Together, the Th1 CD4+ T cells, IELs, innate immune cells, and antibodies cause inflammation and damage to the cells of the intestine.

Gluten is the trigger for this entire process—if it is removed from the diet, there is no immune response and the intestine is able to heal.